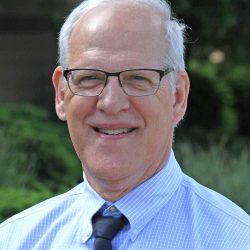 I am the youngest of five children.  My father was a pastor in the Christian Reformed Church, so we moved occasionally.  I was born in Paterson, NJ, attended elementary school in Prinsburg, MN, and graduated from McBain (MI) Northern Christian.  Carol and I were married in 1973.  We have three married children and ten grandchildren living in three different states.  We are members of Providence CRC.  Awards include: 1993-1994 – school became a US Department Blue Ribbon School; 2000 National Distinguished Principal; 2001 Participant in US Department Principals Summit in Washington, D.C.  Currently serving as a board member on the Michigan Association of Nonpublic Schools.

I have never received a speeding ticket.